A rising name within the techno landscape, Brighton-born BEC has been breezing through career milestones at break-neck speed, subsequently launching her own eponymous label earlier this year. Now inviting some of the circuit’s most progressive talents to put their spin on her BEC001 cuts, BEC unveils the imprint’s inaugural remix compilation – ‘The Remixes’ EP is available now across all streaming platforms.

The 5-track remix project opens with Deep Dimension’s edit of BEC’s own Time Illusion, referencing the golden era of dance music with an old school rave hoover synth. Preserving many of the elements found in BEC’s counterpart, the remix is conducive to dark, smoky warehouses and serves as a peak time anthem for any techno-head. Offering two masterful adaptations of BEC’s Downwards Spiral, the future of Italian Techno, Mattia Trani, delivers on gritty basslines, impellent kicks and frenetic rhythms for his Old School and New School reworks. Upping the tempo for both edits, Mattia presents a unique blend of acid-led synths that work in perfect harmony with BEC’s heady and hypnotic sensibilities. 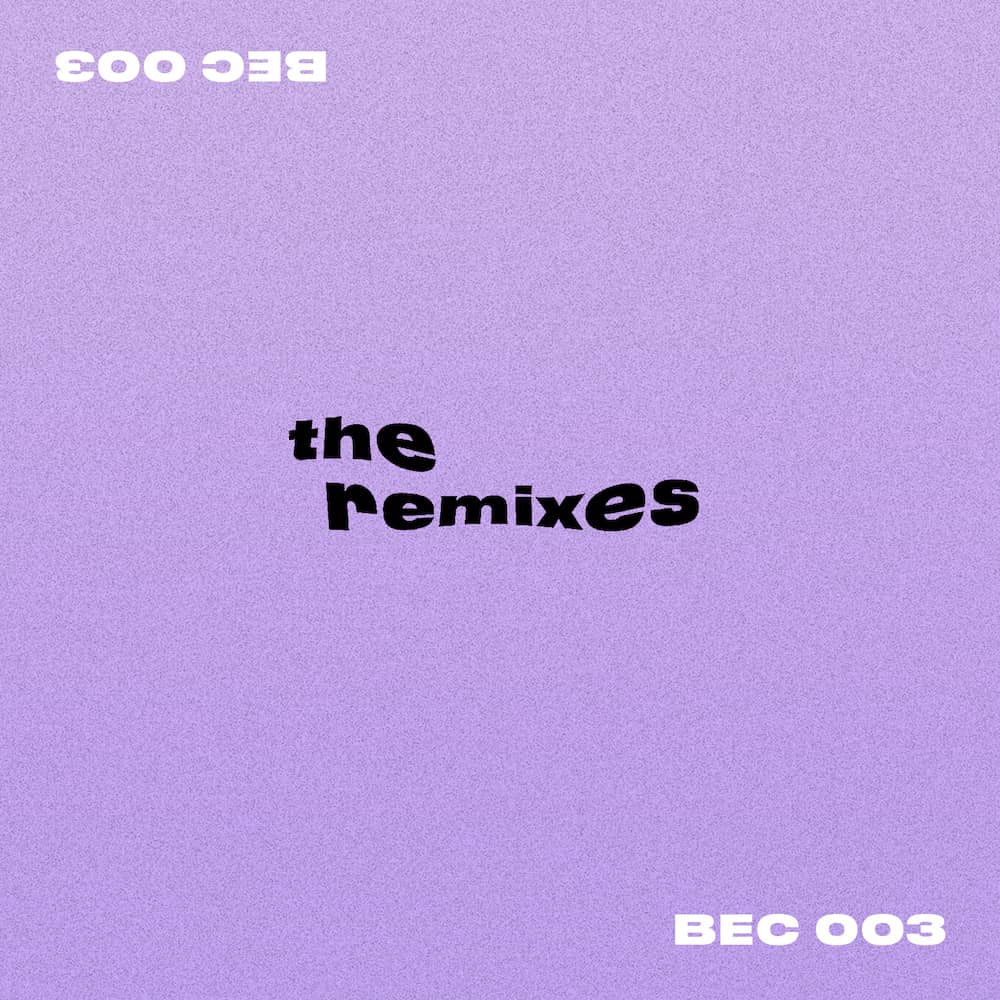 
Peder Mannerfelt is next up to lend his production skills to the remix project, presenting his industrially-charged edit of Time Illusion. Known for his experimental nature, Peder’s edit is fuelled by mechanical hits and raw synth work, proposing a uniquely dark and driving sonic palette that challenges the traditional techno formulae. Closing out the EP, BEC revisits her own March-released Time Illusion, revitalising the cut with an innovative rave remix that positions acid front and centre. Leaving many of the original’s intricate sound design elements intact, BEC’s galvanic new adaptation pays homage to Big Beat’s essential breakbeat features alongside a rave-ready synth line.

BEC has been on an emphatic rise through the ranks since her arrival on the scene just 5 years ago and now stands as one of the circuit’s most promising contemporary stars. Having conquered Techno’s commercial realm with distinguished releases via top-charting labels Drumcode, Intec and Second State, BEC’s creative output now explores the depths of electronic music’s vast landscape as she probes the underground domains with her intelligently propulsive strain of dance music. Showcasing an unparalleled work ethic and an innate desire to produce with unbounded artistic freedom, BEC’s own imprint allows her creative aspirations to grow each day. With yet more high-profile releases set for the coming months, BEC is sure to further cement herself as one of Techno’s key progressive figures.

The Berlin-based DJ/producer has climbed the ranks in a very short space of time. After being picked up for Pan-Pot’s Second State imprint from her first release, she was quickly snapped up by Carl Cox’s Intec and Adam Beyer’s Drumcode. A self-confessed ‘studio geek’ with a dizzying array of skills and knowledge, the UK talent has worked with industry giants Roland and Novation on demos and product videos. Just as skilled on stage, BEC works across three decks and has performed at some of the globe’s most iconic events and venues, including Burning Man, Warehouse Project, Tobacco Dock, Watergate Berlin and Fabrik Madrid, to name a few.

BEC recently collaborated with Mercedes, both producing for and starring in their latest commercial.