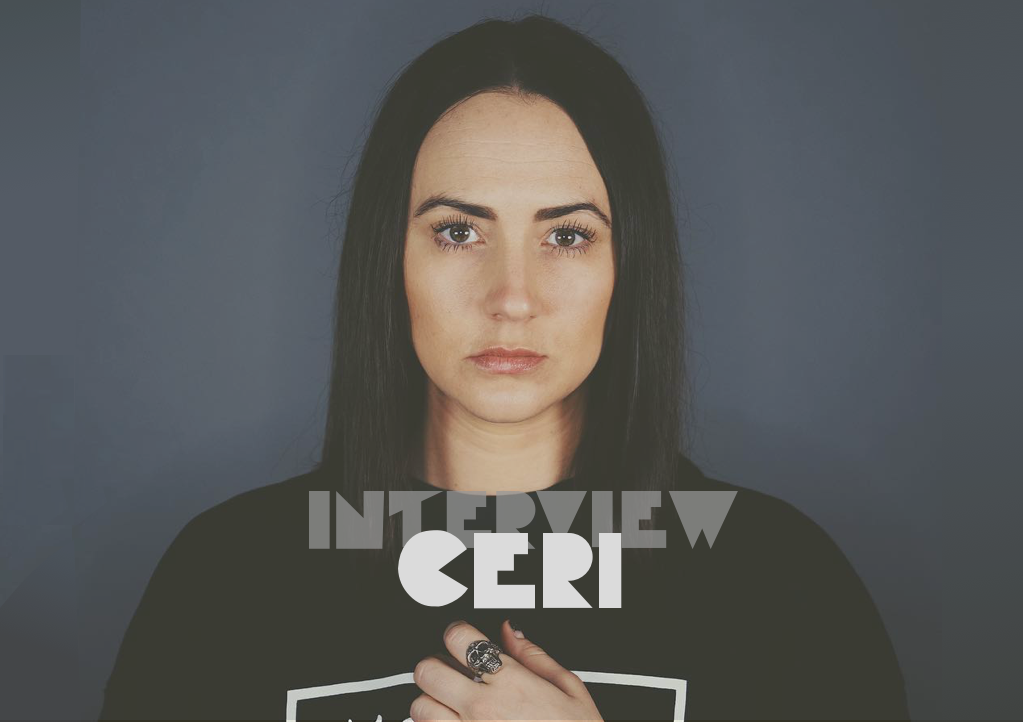 Ceri’s rising reputation as a DJ, has seen her grace the decks at parties all around the world. Playing alongside everyone from Ryan Elliot and Objekt, to Mr. G, Jeremy Underground and Paranoid London. Not forgetting where she made her name in London; her 9 hour marathon sets during her residency for Jaded at Corsica Studios is where she perfected her craft and developed her diverse style.

She now plays all around the world as a DJ, and has also been immersed in music production for many years too. Early releases garnered support across the scene, but she really made her mark recently with the launch of her own label; ‘Find Your Own’ Records.

WODJ MAG: Your labels first releases, the ‘I Need You To Make Me Sweat EP’ and ‘Life Holstee EP’ did very well. What is your mindset when you produce and has it changed now you are releasing your own music?

CERI: Thank you. Yes I am really happy with how they turned out. There was a bit of a delay between the first and second releases, which can happen when doing vinyl. But I wouldn’t change it because I believe everything happens for a reason, and the wait was worth it because it meant I got Mr G on board for the second remix, which was a dream come true for me. Fred P, who remixed the first one and Mr G who remixed the second, have been my biggest musical inspirations for the whole time I’ve been DJing and making music, so it’s an honour to have them both on board. And the third release coming soon also features another one of my hero’s!

I think I have become more critical of my music for my own label, and am making a lot of stuff I probably won’t release because I don’t think it’s the exact right fit. I want the label to be varied, but timeless. A mixture of Chicago house and Detroit techno stuff. So varied in mood but always classic and timeless sounding music. I believe quality is better than quantity and I hope my label is a reflection of that.

You have been making music for many years, could you tell us about your evolution?

I had already been DJing for quite a few years when I decided to get into production. I used to hear melodies and ideas in my head and needed to find a way to get them down. I decided to do a masters in music production at university, mainly because it meant I had access to their music studios. The course taught me a lot about the theoretical side of music, but that’s a small part of it and in a way being too theoretical can hinder creativity. So I had to learn to be less picky about mixing down and EQing stuff as I go along, to allow creative ideas to flow rather than get immersed in the technicality of it.

I’ve always been a versatile DJ, liking many different styles and shades of music, to suit different moods and scenarios, so I like the music I make to also represent all the different sides of me too. From deep and dubby, to banging house or dark techno and everything in between.

I definitely feel like my sound improved when I started using analogue equipment. I don’t want to be one of those analogue is better than digital snobs, because I’m not about that. I mean for me personally, it is a more tactile way of making music, which suits me better because it’s as much for me about how it feels as how it sounds. So I like to feel what I’m doing and capture different moods in what I’m making. I like to make music that has a meaning but I also like to make stuff just for fun too.

Find Your Own is the name of your label, what is the meaning of this?

For me, it’s about funding your own voice, not just musically, but in life in general. If you’re not 100% happy and confident in what you’re doing. The opinions of others can shake you and make you question yourself. But once you are in your own power, and are doing what’s right for you. The actions and words of others won’t affect you, even if they’re negative, because you are secure within yourself. It’s taken me a long time to reach this point. And I still have wobbles like most people. But in general I feel like I’m on the right path for me and doing what I believe in.

What’s coming up for you next?

I can’t really give you top 5 tracks because my favourites change all the time and depend on the mood, where I am etcetera. My top 5 artists who I’ve constantly been playing ever since I started DJing are; Mr G, Fred P, K-HAND, Moodymann and Move D. They are some of my biggest inspirations musically. Other favourites have come and go, but they’ve remained.

As for newer producers who are floating my boat at the moment; Adam Curtain, RadioactiveMan, Voightmann, Willow, Or:la, Anna Wall and Thom Bulwer are all amazing and making timeless music that will still stand out in years to come.