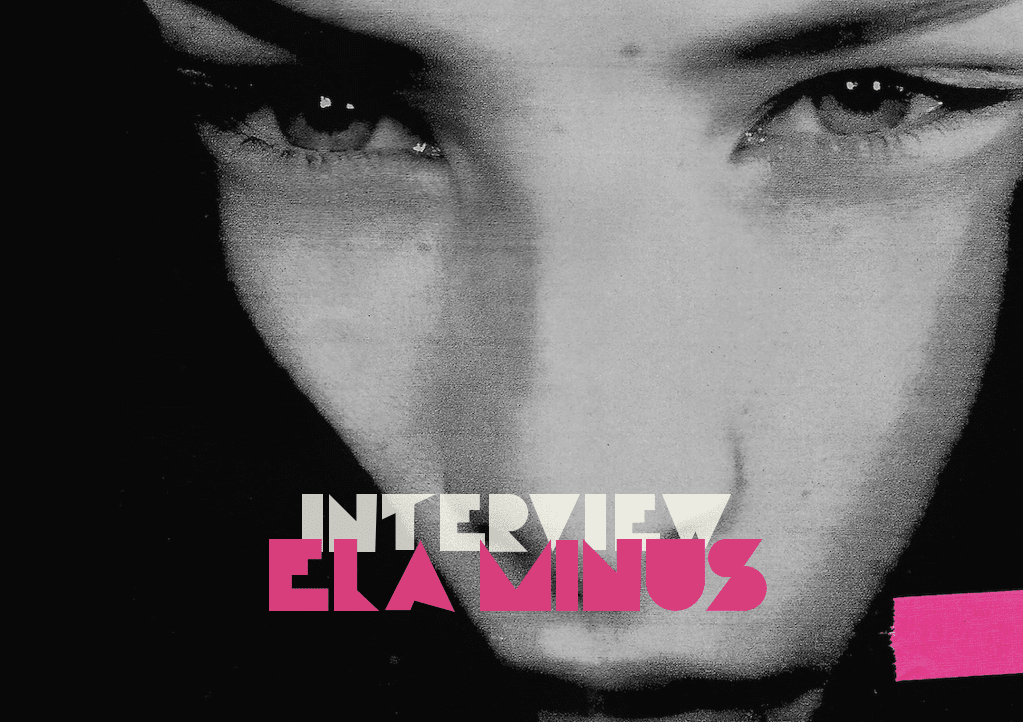 The Colombian musician, Ela Minus, announces the release of her first album, acts of rebellion, on October 23rd on Domino. Performed, produced and recorded entirely by herself, Acts of rebellion is a manifesto on simplicity, a call to fight, to live, to be present. The record deals with personal and political themes and celebrates the beauty of small acts of revolution in everyday life. This philosophy is evident in her new single and video, « el cielo no es de nadie », « an ode to the small acts of daily and constant love », sings Ela in Spanish, her mother tongue.

WODJ MAG: Hello Ela, could you please introduce yourself to everyone who discovers you?

Ela Minus: Hola, I am Ela, and I make electronic music.

Could you introduce us to your musical background?

i first started playing drums in a band with my best friends when i was around 11 years old, i stayed with that band until i was 18, we played emo then hardcore, etc. when i was 18 i moved to the US and went to Berklee College of Music for drums and while i was there i fell in love with electronic sounds and studied to build synthesizers too, and then i started making electronic music alone, and here i am.

Which artists or music influence you on a daily basis?

I listen to a lot of music, and it all probably influences me. A lot of indies, some folk, some ambient, some electronic.

You are announcing the release of your latest album « acts of Rebellion », on October 23rd on Domino, could you present it to us?

This is my debut album, it is called “acts of rebellion” I made it with all my heart. It is me in the form of 10 songs. And in those songs, I’m whispering in your ear telling you that there is a different way of doing things.

Your album names « Acts of Rebellion » and it proposes 10 tracks that plunge us into personal and at the same time universal themes, we think of, « They told us it was hard, but they were wrong », the second track, or « do whatever you want all the time », the ninth track, what did these tracks inspire you by producing them?

They inspired the need to play them very loud with many people, all of us together in a room, feel free and invincible.

You end on « Close » by inviting Helado Negro. This track is real poetry, how was this collaboration?

Thank you. The collaboration was very natural, Helado Negro is my friend and I love his music. I made the song and decided to invite him to sing in it, I went over to his studio one afternoon, and we recorded his parts and it felt just right.

You sing on most of the songs on the album. Your voice takes us away from the groove of your compositions. What is the message you want to convey on this album?

« El cielo no es de nadie », the third track on your album is certainly the most striking track. The melody is catchy, your voice follows the flow. Could you tell us what it evokes?

Love every day, fully, consistently, persistently, and you will create something massive.

What news do you have? Where can we find you soon?

Well, my biggest most important news is that my album comes out in just days. October 23rd.

No dreams, I don’t like to think about the future, I’m good with today.