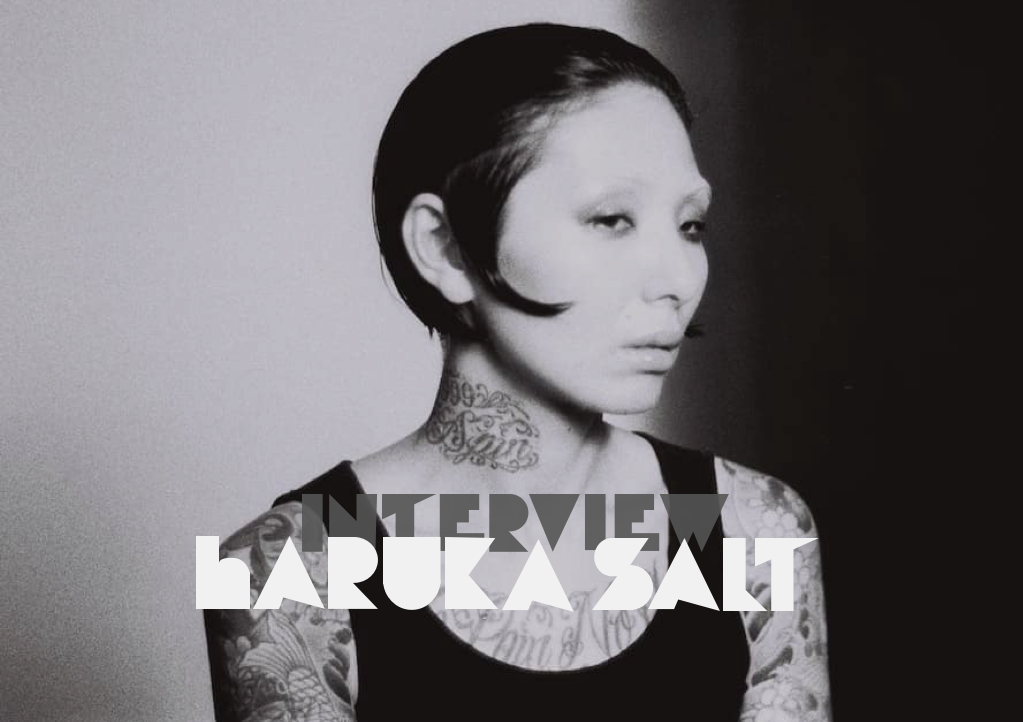 Moving to New York from Japan in 2006, Haruka has become one of Brooklyn’s most versatile, seasoned, and in-demand DJs, joining the dots between house, techno, electro, hip hop, disco, rock, and more. For more than 15 years she has continuously been on the cutting edge, and in recent years she’s been making regular appearances at the likes of Bossa Nova, Elsewhere and Mood Ring, including infamous sets at the influential BOUND and Fourth World parties.

Joining toucan sounds, ‘HarukaMart’ is her debut under her disco/house-leaning project Haruka Salt. With its shuffling rhythm, satisfying low-end, and beeps and whirrs,‘Pitch ‘n ‘Itch’ is a smooth and sultry house cut featuring vocals from Nigerian-American alternative rapper Fat Tony, who’s appeared on tracks by A$AP Rocky, Das Racist, and Bun B. Next up, ‘Diamond Castle’ is another slice of soothing vocal house that incorporates quivering synths, a meandering bass and jazzy drums featuring Toribio, who’s released on Most Excellent Unlimited, Gator Boots, and The Jazz Diaries.

She is also 50% of 夜露四苦 4649, a collaborative DJ project by Haruka Salt and Yuri Mizokami. They are known for their drive-y acid techno sound, and they’ll take you from the deep depths of industrial, concrete rhythm to the outer limits of raw, sonic euphoria and then back again.

WODJ MAG: Hey Haruka Salt, How are you?

Haruka Salt: Hiiii!!! I’m doing good! It has been weird since this pandemic. But I have been good and doing my best to stay focus and adjusting to the new world.

Could you present you to people who discovering you?

I am a DJ and producer based in NY. I DJ multiple venues such as Bossa Nova Civic Clubs, Moodring, Elswhere, Good Room. I just put out my debut EP under my moniker, Haruka Salt. In it, I tried to channel the vibrant artistic community that is happening into the city, bringing it to life.

What is your musical style?

I love all genres, and kinds of music. My style is a fusion of everything I have been listing and absorbed musically. Electronic and Techno, and House, Disco, Soul, classic music, Jazz, 90’s Hip Hop and R&B, etc.

Which track would best define you?

When did you start music ? You were a DJ/producer in Japan?

I grew up in Japan, and started making music at the age of two, playing classical piano and violin. It wasn’t until I was about 13 that I started collecting records. A few years later, I had the chance to start playing those records out at some high school parties. In only three years, I had a pretty sizeable record collection! At the time, all my friends at the time were DJs and musicians. I was easily influenced by my kool friends;)

It was only recently that I started to produce music. In 2018, I was a little bit tired of living in NY, and I decided to take a trip to Berlin, Paris and London for about 6 months. After my trip, I wanted to start a new thing I had never done before. A friend told me, “hey, you are a good DJ and you know good music so why don’t you produce? » My friends always inspire me and give me some idea for my next musical journey. I started producing music when I came back from this trip, and haven’t stopped since.

You left your country to live in New-York for 15 years, what was the trigger to move here?

I moved to NYC for music and new experiences. As a kid, I was so into soul music, hip hop and R&B. The problem is: I didn’t understand what they were saying. I could feel the music but couldn’t understand the meaning of the lyrics. Beyond learning the language, I also wanted to see and feel the energy and live in NY where the music was coming from. I was craving to know more. I wanted to experience the culture and life in NY as well as I wanted to DJ for audiences rooted in the culture.

How is the underground scene in New-York?

Underground scene in NY is awesome! (Before this pandemic was happening… ) So many great artists, producers and DJs often play those local venues almost every day and definitely every weekend. Very inspiring and exciting. Sometimes three – five good parties were happening in one night. I get panic attacks because it is too exciting and have hard time making decisions which party I should go to. I will never get bored by this city and the NYC underground scene. Even though for this hard time, we have been finding the way to keep the community and scene going. People in NY underground scene are supporting each other.

Do you have female DJ friends to introduce who mixes in NYC?

You just released HarukaMart EP, on toucan sounds, your debut in House and Disco. Could you share this project with us?

This project is about me and my friends I have become thru making music and I have been always. I met Robert from the toucan sounds label, and he taught me how joyful to collaborate musically with other artists, and introduced me talented artists to make music with. I really enjoy hanging out with my friends at studio and create. I love sharing excitement and joy with others which is the one of the reasons why I love DJing.

You’re more Techno music at the base, aren’t you?

I am. Am I?! Well… Actually my base is everything and Techno music is vibrating in my highest place at this moment. I play Techno music a lot mainly to my name “Haruka” in my DJ set.

Could you present 夜露四苦 4649, a collaborative DJ project by Haruka and Yuri Mizokami?

This project is showcasing one of the personas that we carry in us. Accepting who we really are and expressing and releasing through music. Sharing the energy and connecting with crowds. We look at a raving is as a kind of energy flow workshop and therapy session.
We simply want to enjoy music and dance to express and release.
We are living in an interesting time. So many things are happening and changing every minute all over the world where has become a very tough place to be. It is important for us to release negative energy and worry. At a safe place we can be who we are and express freely.
Our name came from “BOSOZOKU/YANKI”. 夜露四苦4649 is a phrase to say to somebody as a greeting in Japanese BOSOZOKU WAY. “BOSOZOKU” is Japanese bike gangs who parade at night

What is your Top 5 best tracks?

This is the hardest question as always!
So hard. I can’t answer this question. Too many.

What is the place you would dream to play?

Anywhere I and my audiences have good times and dance like maniacs.

I have a couple.
One of my biggest dreams is producing and curating music for movies. I have no plan but just keep going;) I have never actually made any plans in my life. I like to live at the moment and go with my guts and do what makes me smile and most likely my life becomes what I always dream for. I had never thought I was going to be able to make a living in NY as a DJ and release my EP I didn’t plan to do it. But here I am and I’m happy with my path.

Here is a new portrait of female DJ. @jessiecalist

Following an open letter on Change.org demanding accountability within the dance music industry regarding sexual assault and rape allegations, the...