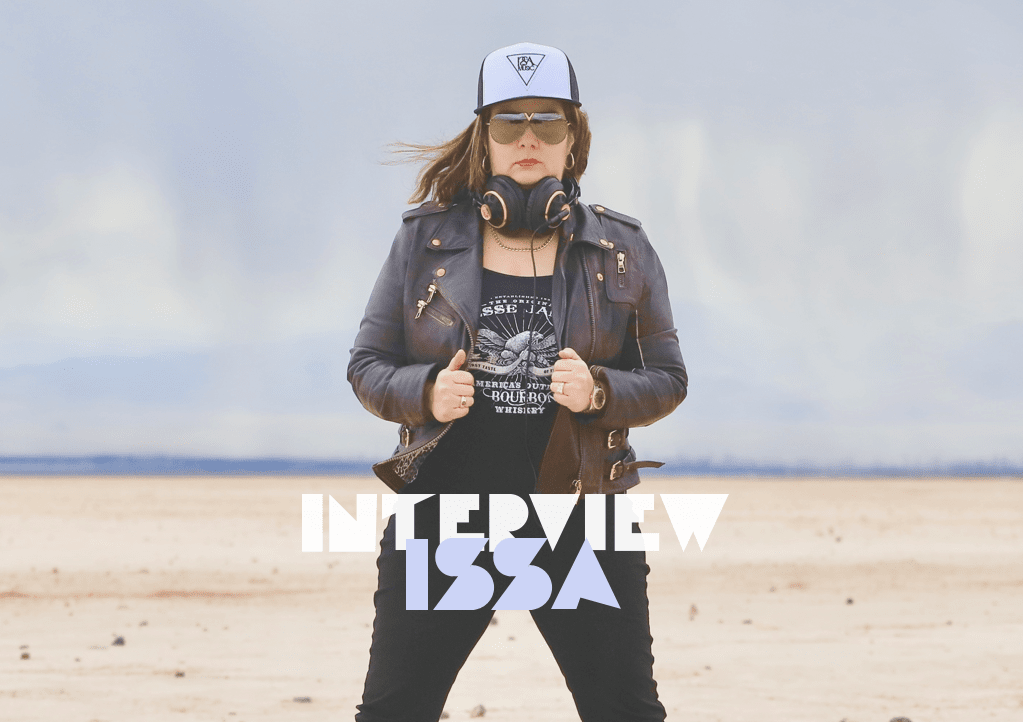 ISSA is a distant descendant of the famous inventor of the Morse Code, Samuel Morse. So, it’s no surprise she has gained the reputation of a visionary, ahead of her time with her innate creativity and instinctive flair for innovation from the moment she started her career in music when signing with EMI Music Publishing as a songwriter and artist.

ISSA’s distinctive vocal style defines her signature sound as an artist. Her work for major and independent record labels includes production and Dance Club Remixes for Paulina Rubio, Whitney Houston, Erykah Badu, Forest for The Trees, Thea Austin of SNAP! Among many others. ISSA has recorded and toured internationally as a Percussionist with major label artists. She founded boutique record label ISSA Music through which she releases her own original productions, as well as music by other visionary artists.

WODJ MAG: Can you introduce yourself for those who don’t know you yet?

ISSA: Thank you for your interest in my latest release! I am a House Music producer, DJ, musician + vocalist. I was born + raised in Hollywood, CA. My father is a drummer / musician so at 3 years old he would teach me to play beats on the kitchen table! J I began my career signing a publishing deal with EMI Publishing (now SONY ATV) as an artist / songwriter. I am first & foremost a songwriter / lyricist and understand the value and importance of the actual song itself. Owning the publishing and copyright of a song is like owning real estate, an intellectual property that is timeless, which is what led me to launch my own label & publishing company ISSA Music.

How would you define your style?

House, Deep House, Tech House… When producing tracks my priority is to incorporate catchy hooks with arrangements that formulate a composition. Writing deeper, meaningful lyrics is something I like to do when it’s called for. I am a drummer / percussionist at heart, so I definitely create with an emphasis on the rhythms.

Which artist have influenced you in your career as an artist?

Which song are you listening to the most right now?

You release your latest single ‘4:18AM’ with the legendary Thea Austin. Can you tell us a little about this production and the involvement of Thea?

‘4:18AM’ is about the push & pull of seduction. I wrote, produced the track + sang / spoke in the verses. I placed Thea’s vocals in the hook to give it that extra added melodic, soulful flavor. Thea and I met in the early 2000’s through a mutual friend. He instinctively knew Thea and I would be a great collaborative match. She and I instantly had a connection upon meeting. There was a very creative chemistry between us. We carried on to write + produce some powerful music together!

You invited Soledrifter to remix your track, giving it a more club-oriented sound. How do you feel about the remix?

Absolutely adore Soledrifter’s sound + style. When I need a remix for a release, he always delivers a stunning, gorgeous mix deep from his unique perspective. I have collaborated on tracks with him for years and I continue to be moved by the magnificent and fresh angle by which he approaches music.

What are your top 5 favorite tracks of all time?

Wow, impossible to choose only 5, but there you go! J

What is the coolest place you’d like to play?

What’s your biggest dream and how do you go about achieving it?

My biggest dream is to focus and develop more my spirituality. I find Kundalini Yoga and Sound Bath Meditations are the perfect vehicle for me.