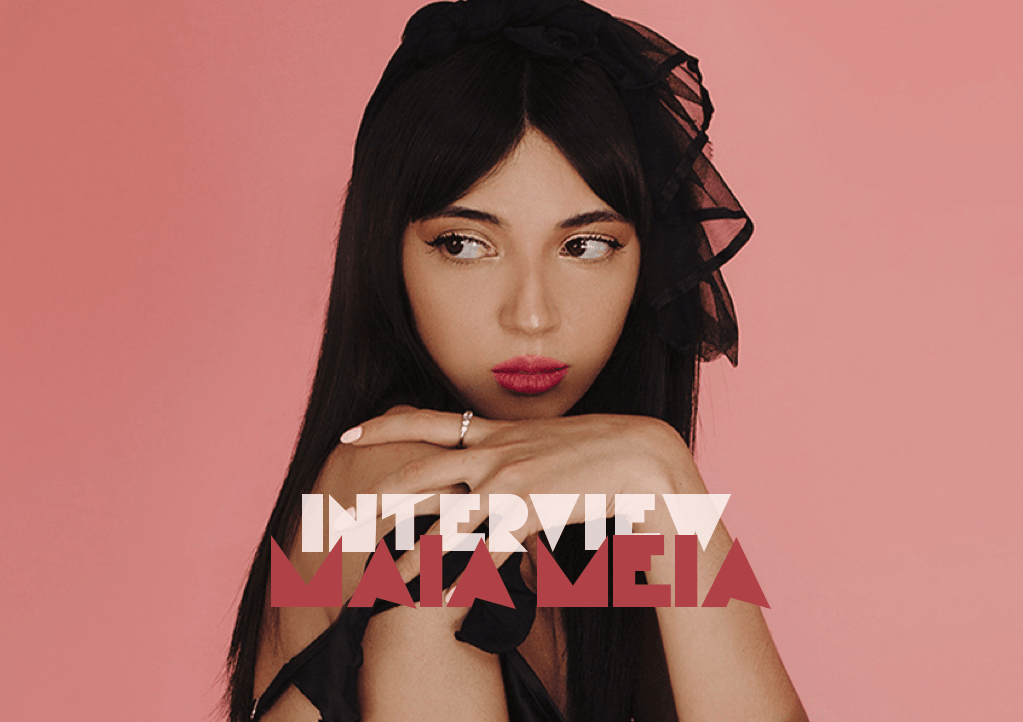 Coming straight out of the St. Petersburg russian underground with a top-class collection of powerful techno heaters inspired by personal struggles and spiritual connections, Maia Meia is set to make a devastating impression on worldwide dancefloors.

Initially, Maia Meia’s musical imagination was captured by the sound of detroit techno and rave music, which have continued to inspire her sets and recent productions.

Surrounded by DJs who evolved into friends, it was only a matter of time before she took the same musical path. After discovering music software in 2016, she was hooked, experimenting with analogue machines but eventually focusing solely on digital production. Let’s discover her Q/A session with WODJ MAG to know more about this amazing russian female DJ.

WODJ MAG: Hello Maia, Hope you are well! Could you introduce yourself for those who are discovering you?

Maia Meia: i’m russian techno artist. and i want to show that there is another side of techno, like its not only about the music itself but also about the artist as a character. i know a lot of people are having some dissonance about how my look not really fits to techno. i don’t know if i break some rules haha. but its not about fake. this is who i am truly. like it or not.

How do you define your style?

its techno, but not really a classic one that you used to hear. i’m just doing it like i see it. somehow from the girlish sight. u know what i mean?

That’s why we discovered you through your second EP « Out of Sight » released in 2019, released after your first named « Herz » (2018), with these three powerful techno tracks. Could you present us your work?

in 2019 i decided to go by my own and launched my label under my name. the most successful track from the ep is «that’s my flow, i’m sayin’ no». the idea behind it was like i express that i don’t really appreciate the unsolicited advice, fuck off i’m gonna do my thing. so people who know me, they know how i am very stubborn haha. i never give titles that don’t make sense, they are always reflect my life. i love this track very much and happy to see it got such attention

You’re a DJ at the base, what launched you in the production?

yeah, i have defined that being only dj for me is not enough and why i cant try to make something. in the beginning it was very hard for me to believe that i might be able to produce, because , as i thought, i should have a serious musical background or go to expensive musical courses and so on. so for me it was more like a game, to see if i will get a result just by trying and learning by myself. i started slowly in 2016 and only in 2018 i released my first EP « Herz »

Are you influenced by artists?

i can’t specify someone particular. u know its so big definition that involves not only influence by artists, but also by different genres and a bunch of clubs where i have ever been. but if we are talking about the beginning of my musical inspiration, it was by detroit techno and old school rave tracks

You’re based in Saint Petersburg, how is the underground scene going?

i think our techno scene was always on the developing level that’s why it feels very underground. now we are all faced with pandemic problems. so i’m not gonna predict any scenario. but i hope we can save what we have at the moment

Could you tell us about your beginnings in music?

my brother was a drum-n-bass dj and he was first who introduced me to the electronic music and at the age about 17 i started go to clubs where i met my first friends dj’s. that time it was more about deep-house/house music. it was so amazing chill and drunk time. and meanwhile at home, i was curious to do mixes in Traktor and started to listen electronic artists such as Tiga, Boys Noize then moved to the sound of Blake Baxter, Derrick May, Juan Atkins and continued with rave tracks from Altern 8. my desire to play and make techno came right after i visited Berlin in 2016 and went to Berghain. that must be sound usual but i don’t care haha

Could you introduce us some artists from your city who deserve to be known?

oh that’s hard question. most of the artists i know are not from Russia at all. i am sure that everyone should deserve to be known if he wants. its not only about a talent. its also about hard work

Your last track « Into You » that you released 3 months ago. We can really feel your raw and incisive touch. First of all, can you tell us about your production? Secondly, about the track that we are interested in?

yes, as you can see through all my music from 2019 i try to keep that ‘hard kick bass beat’ but at the same time bringing some soft sound. i want it to sound beautiful, sometimes with a vocal and not only at the club. i was also thinking about the idea of a single release, that’s how the track «into you» came out. i made it in 2 days just being inspiring by the feeling «falling in love with the wrong guy». so yeah it is a funny story and actually these emotions have encouraged me to make it with all my heart

You signed « I’m feelin » out on the 2nd Apri 2020 on Adroit Music [ADT]. The atmosphere and the rhythm are so powerful! Could you tell us about this track and collaboration?

thank you. yes Adroit music, it is label and event management based in Zürich. also they have recently launched their new events called IPSUM. the reason i started to work with them is because they have shown truly interest about my project and i was also interested in what they are doing. so now i have joined their new booking agency: ADT Booking and looking forward to start working as soon as worldwide situation with covid-19 will be better

What is the track you listen to secretly, alone at home? Tease us!

well to be honest its not only one track because Cardi B has a lot of amazing songs haha. i’m not hiding it. i have just recently discovered her music and it caught my attention. i don’t give a fuck that its a hip-hop, rap, whatever. i can’t listen only one genre all the time. you can also have inspirations and new ideas from other music and artists as such

What’s your next project for this summer?

i’m finishing the last fourth track of the next EP. i enjoyed all the work that was done. i have no idea what to expect. i just made everything what happen around my life into music

The place in the world where you would like to mix?

since my first gig abroad was in Prague this year, i would like to perform in a lot of countries. i know that a lot of my fans waiting for me in Berlin, Columbia, Italy and USA. so excited about that

i wanna always to be able to share my music, positive emotions to people, support my family. i have noticed that thinking too much about your dreams could be a dark side of it. like when you haven’t achieved something yet, you are not satisfied and don’t see good things around.you never know when something big will come to your doors. so i allow my life to go naturally, doing things that i like, believe in myself, sometimes changing a plan