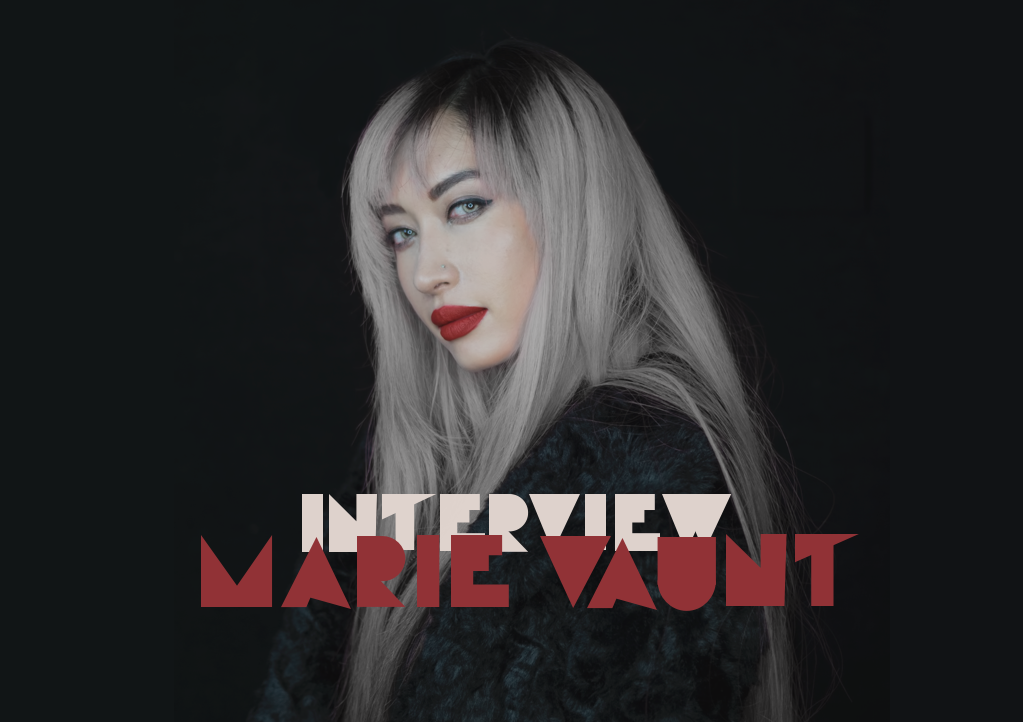 Marie Vaunt is a Japanese-American Techno music producer based in Los Angeles. Her dark and witchy, original style gives a real personality to this independent artist. In 2018, Marie Vaunt released her first techno track ‘Witxhaft’ on her label ONFYR. This powerful and bewitching track marks the beginning of her rise. It was followed by ‘The Coven’ in the same year and ‘Alchemy’ in 2019. The American, announces in 2020, ‘Elixir’, her latest production with a haunting and trance melody to discover in this interview.

Recently she released two new tracks, ‘Bruja’ and ‘Black Moon’ with Alberto Ruiz. She also regularly signs numerous remixes of artists from the pop rock scene such as David Bowie, Duran Duran or Tears for Fears. You’ve understood that Marie Vaunt is a proactive and creative independent artist who offers the Techno scene a dark breath full of positive vibrations.

WODJ MAG: Hi Marie, how are you these days?

Could you introduce yourself for those who are discovering you?

My name is Marie Vaunt. I’m a techno producer and DJ from Los Angeles.

Techno infused with witchy and dark vibes with a sprinkle of acid.

You have Japanese and Californian origins, do these two cultures influence you in your music?

Absolutely. I take a lot of inspiration from Japanese folklore when I come up with ideas for new songs. There’s a cultural appreciation for that which is ominous in Japan, and I very much resonate with that. As for the Californian in me, I guess I’m a bit more laid back than your average Japanese person.

Have you ever lived in Japan?

I was raised in Japan and spent my formative years in Yokohama. After moving to the US, I’ve had the chance to travel back and tour a few times. It’s always a great feeling to be “home”, even if I call Los Angeles my actual home these days.

Are dolls and horror movies inspiring you a lot in your music?

I absolutely love horror movies and dolls, as you can probably tell by looking at my studio when you watch my livestreams. Chucky and his bride are always afoot!

What’s the track you play at home on a loop?

“Too Shy” by Kajagoogoo.

You are independent in your career and you are a proactive producer. Can you tell us about your work and your studio?

My studio is definitely where I spend most of my time. I use Studio One to produce, mix and master everything, and a PreSonus Quantum interface as the centerpiece, which has an Arturia MatrixBrute, a Sequential Prophet Rev2 and a Behringer TD-3 hooked up to it at all times!

On social networks you communicate a lot on video to your fans, on your new tracks. You recently released ‘Elixir’, can you tell us about it?

‘Elixir’ is kind of a transitioning release, since I’m taking a darker and harder approach for the next Marie Vaunt chapter, and it kind of blends what I’ve been doing for the past 2 years with a bit of what I’m working on for future tracks. Overall, I’m happy with how it came out.

You’re currently based in Los Angeles, how is the scene in this city?

The techno scene was definitely growing at a fast pace, but it’s currently on hold due to the pandemic. Hopefully things will be back to normal soon.

How do female DJs in Los Angeles position themselves in a male universe?

I’ve been in the scene since 2001 and I would say the industry is no longer male dominant. Things have changed a lot for women in the industry, and it makes me happy to see the tables have turned.

People love Techno Music, do you think is it still considered as underground?

I would say it is. No matter how popular it gets, it will always have that underground vibe.

Do you have a souvenir of a party to share with us?

My last show was in March at Techno Tuesdays Amsterdam. It was so much fun playing for a lovely crowd at an awesome venue. It was actually my first time playing in Amsterdam and I really enjoyed the city. Another found memory was when I played at Ryogoku Kokugikan in Tokyo in 2007. It was great to play at such an impressive venue back in the country where I grew up. DJ Krush was also on the lineup and I had been a huge fan of his work for a long time.

Where would you most like to play as a DJ?

I would like to do a tour all around Europe. Can’t wait for that to happen!

Last question, what’s your biggest dream and how do you go about achieving it?

I’m living my dream. It’s been a pleasure doing what I love most for nearly 20 years and I plan to keep doing it for as long as possible.

Interview with Anna Lann: The multi-disciplinary Artist comes back with a new EP via Boysnoize Records

Anna Lann is a conceptual multidisciplinary audio-visual artist, who works in a variety of media from sound-engennering and visual arts,...