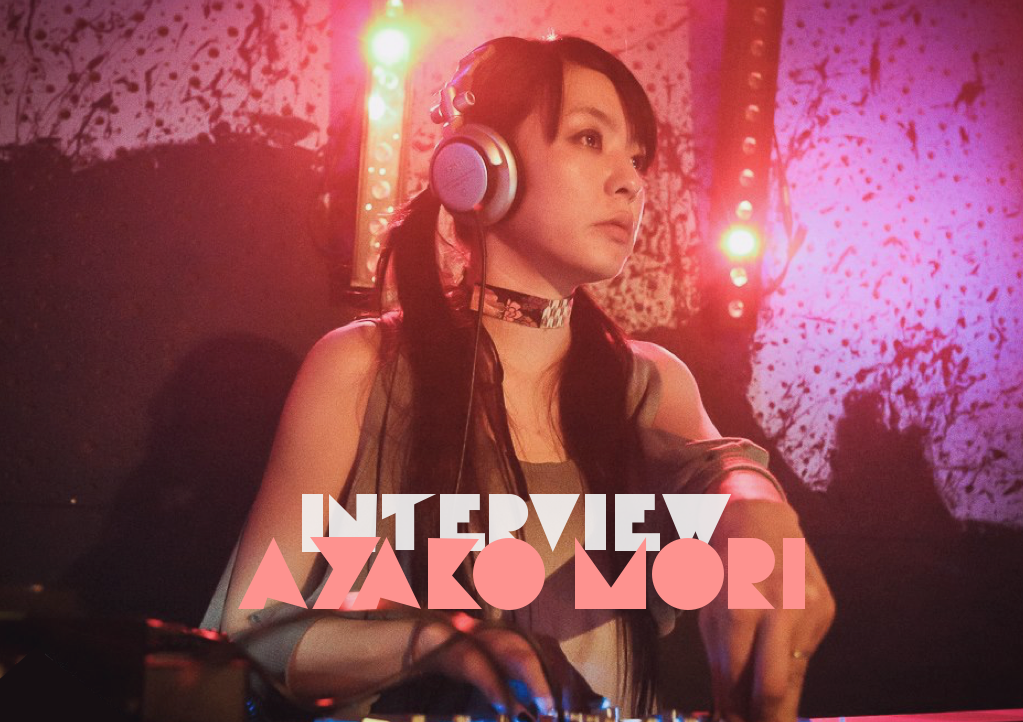 Ayako Mori is a great japanese Techno Music producer baser in Aachen in Germany. Her experience with Electronic music started at year 2000. Ayako started to play as DJ Mel in clubs in Tokyo from 2000 till 2007 and she moved to Ireland for 5 years, then in Poland during one year from 2012 to 2013, and now lived in Germany, in Aachen, since 2014.

Which track would define you the most? What’s the point?

At this moment is this track *Echoes From The Past (Original Mix) by Buried Secrets* I love how the kick reverb spreads after the break and when the hat is gone.

Your career started in 2000 in Tokyo clubs in Japan as DJ Mel, could you tell us about that time?

You moved to Europe, Ireland in 2007, Czech Republic in 2012 and now you are based in Aachen, Germany, tell us about your current life?

Ireland in 2007, Poland in 2012, then in 2014 Aachen Germany. I restarted to djing scene 2011 at Ireland, then we moved to Poland, and after half year people started to offer me to play the parties.

Why didn’t you move to Berlin?

Actually I moved to Germany with my ex Boyfriend because his company invited him to work head office. In Poland, I was playing as a dj every weekend, and I was happy about that, that’s why I didn’t want to move to Germany.

You started producing when you were in Tokyo in 2004, right?

No… I had Propellerhead Reason and Old Ableton, I tried to make some loops maybe… But never finished them as a track. I started to make techno tracks scene 2012 I think. Because a friend asked me to make a remix.

How did you get the desire to create?

I was collecting hard minimal vinyls before I start to play as a dj. one track… label is Auk number 10, side b2… This track was so awesome then I was thinking of that I want to make such track someday!

You have since signed many remixes and your first release « Gravity EP » was released in 2013, on Stereophonic recordings. Could you present it to us?

After my first remix released, I tried to make an Ep in2 original tracks named « Gravity EP », and I searched some label because I had no idea what is what.
Stereophonic recordings is founded by DJ larix, I was fun of him then send my demo, then released. « Brane world » from that EP was selected as one of Beatport’s « 10 MUST HEAR MINIMAL TRACKS – WEEK 29 ». I was really surprised and DJ Larix seems he was also surprised 😀 Actually I don’t want to listen my old tracks but this « Brane world » is my style I think. This track is still my favorite style.

You’re the Boss of the label Physical Techno Recordings, could you present it to us?

Yes I am since 2014 after I moved to Aachen Germany. It was my plan because in Germany Nobody knows me and I expected that I could not get gigs in Germany. Means I have a lot of times, it seems the time has come to make a label. I really like to support Young talents 🙂 half of our release tracks are the first release of the artists I think. When they released their next EP with bigger label I feel so proud of them. We released 1300 tracks in this 6 years, and we are currently holding the 3rd remix contest. Please join it!

Could you also present us your Roster?

Lady Maru is very great artist and DJ, I feel that she is more artist side than me. and she is so nice Italian! She listens me my complaint to my life etc… Sarah Strandberg is also artist and DJ, and she is so sweet girl. I feel like I am her older sister 😛 Her love to Techno music is so strong and I love her own style!

Your last EP ‘Theo’s Dad’ released on Minimal Force Records is a real missile. Your three Techno tracks are powerful, minimal. Would you have a word to present each of the three tracks?

Thanks a lot! At last September I played in London *Minimal Force (Free techno Sunday)* The Boss and My favorite DJ *Theo Komp*’s dad was on his party just to see that what his son’s doing but when Theo started to playing, his dad started to dancing and never stopped. I felt that Techno is the love! I moved so much about it then I wanted to make an EP about it! That’s all.

Moreover, you released another EP with Lady Maru called ‘Acid System’, how was your collaboration?

It was so much fun! Maru sent me her project than I choose her acid line and voices. She is the acid specialist and it was so cool! I could get imagination very easily from that.

What is your top 5 of your favorite tracks?

Where in the world would you dream to mix?

Ummm this moment I want to play in France and Sweden, Austria, and Poland again.

If I can release my ep from Soma rec someday That I’m wishing when I make my first remix and If I can play at Tresor Berlin someday.

Interview with Issa: Her new single ‘4:18AM’ is an awesome collaboration with Snap! Singer and writer Thea Austin

Song-writing maestro ISSA – whose recent releases have seen her join the ranks of iconic electronic music record labels like...